In recent years, the number of foreign companies wishing to establish business in Japan has experienced a revival. As is often the case, a branch office is initially established with a small number of personnel to keep costs to a minimum. This is where a serviced office can be the perfect solution for these foreign entities – a space where they can hit the ground running from the moment they arrive as well as have immediate access to on-hand secretarial support.

We spoke to Hiroki Yasufuku, Account Executive at Marketo K.K. to find out why his company chose Servcorp to assist in opening an Osaka branch at Servcorp’s Hilton Plaza West Office Tower. 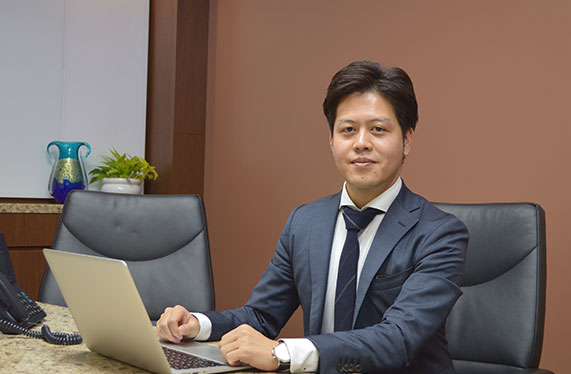 “An office is not all about location and rent. Productivity from employees and customer satisfaction are invaluable by-products if you get your choice right.”

Please tell us about your business…

Marketo was founded in the United States in 2006, and entered the Japanese market in 2014. We are a company offering an engagement / marketing platform aptly named Marketo and suitable for a wide range of companies. Among major IT vendors, we are the largest in the world with a marketing focus - now in 39 countries, with more than 6,000 clients.

How about your role as Account Executive…Please tell us about that.

I belong to Sales and act as a window of contact for existing customers as well as work to develop new business. I was actually the second employee to join the company in Osaka two and a half years ago.

What was the reason behind opening the Osaka branch office?

In the Kansai area there are many global companies with bases here – particularly in the manufacturing industry. These companies were using Marketo before we even arrived! Not only that, we are located in a city where many small to medium-sized enterprises are currently growing at break neck speed, so it made sense to open here and harness this potential.

What are the main differences between the roles of the Tokyo and Osaka branches?

The Osaka office opened at a fairly early time in comparison to other foreign owned IT vendors and we were about six months behind the Tokyo office. In the Osaka office, we have five consultants who are in charge of customers in the Kansai area, but as we have clients all over western Japan, they also look after say Kyushu & Nagoya as well.

Tell us why you went with a serviced office as opposed to going it alone?

Since we have General Affairs and Management Departments situated in the Tokyo office, in Osaka it made sense to keep things small. In addition, being with Servcorp we are provided with much more than a space. We have access to additional services such as secretarial work, phone handling, and great IT infrastructure.

"I chose the Umeda Hilton Plaza so our clients could easily drop by and leave with a lasting impression.” 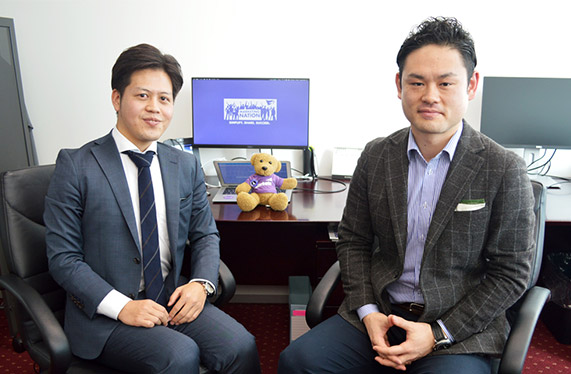 This is actually the second address for you guys in Osaka. What was the reason for the initial move?

At the time I joined Marketo, we were using a different serviced office provider. That office too had a lot of start-up companies and it was quite a good atmosphere, so we were pleased with the setup. However, there were many cases where we had to discuss sensitive and confidential business and finding space that allowed for that was difficult. We were able to make do for a time, but then we needed to expand and that two-person office was no longer viable. Unlike the previous office, our current Servcorp space is soundproof making it easy to discuss sensitive issues around the clock at our own desks.

When you were looking for a new office this time around, what were your main concerns?

Convenience. We had to have a location in the CBD. I chose the Umeda Hilton Plaza so our clients could easily drop by and leave with a lasting impression.

The importance of employee satisfaction and customer's impression when choosing an office...

So why did you go with Servcorp, and not another serviced office provider?

All things considered, the Hilton Plaza building was a huge contributing factor. In terms of doing business in Kansai, being located in the heart of Umeda is unbeatable, and for branding it was important for us to be in a high-profile, 5-star environment. Actually, in a previous job we also had an office with Servcorp in the very same building, so I knew first-hand the quality of service as well as how important it was for that company to be situated in a prestigious environment. 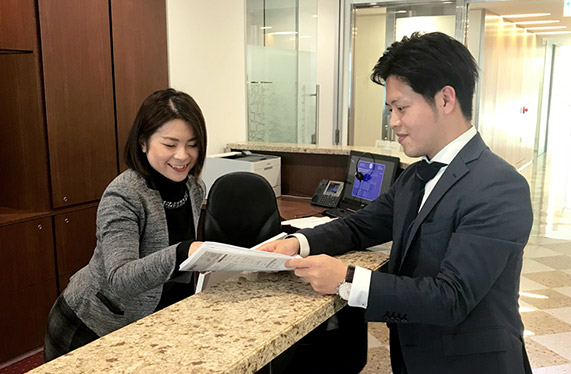 “When managing a start-up, it is difficult to decide at which stage to hire employees for administrative roles. By using Servcorp, you can pick and choose when you need help, and since the secretaries of Servcorp are all bilingual, foreign-affiliated IT companies like us could not be happier.”

What services provided by Servcorp are you utilizing?

We utilize the brilliant call handling as well as book conference rooms and boardrooms for events. We often invite clients to seminars and events, so we enjoy the support from the secretaries in helping us manage these events and after parties. Clients who participate in the seminars often praise us on our office – which always reinforces my decision to go with Servcorp as a good one. Also being able to use the Hilton Plaza address definitely instils a sense of trust from our clients.

What kind of company do you think Servcorp is particularly useful for?

Start-ups with a few people that want to grow. When managing a start-up, it is difficult to decide at which stage to hire employees for administrational roles. By using Servcorp, you can pick and choose when you need help, and since the secretaries of Servcorp are all bilingual, foreign-affiliated IT companies like us could not be happier.

For those considering using Servcorp, do you have any particular message?

An office is not all about location and rent. Productivity from employees and customer satisfaction are invaluable by-products if you get your choice right. Considering this, why would you not go with Servcorp?

Hear more from our clients 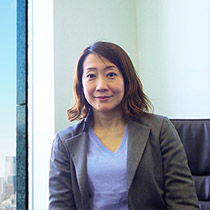 “They’re incredibly professional in everything they do and they really connect with their clients. [. . .] We can tell that they truly care about us and our business and treat us as though we are all on the same team.”

“Servcorp provides great value and a lot of advantages for fast-paced companies which want to concentrate on their core business.” 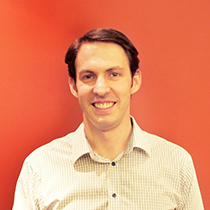 “The location, the fact that we don’t have to do office management, the global billing, and just the convenience and comfort. We can concentrate on our core business without worrying about anything else.”